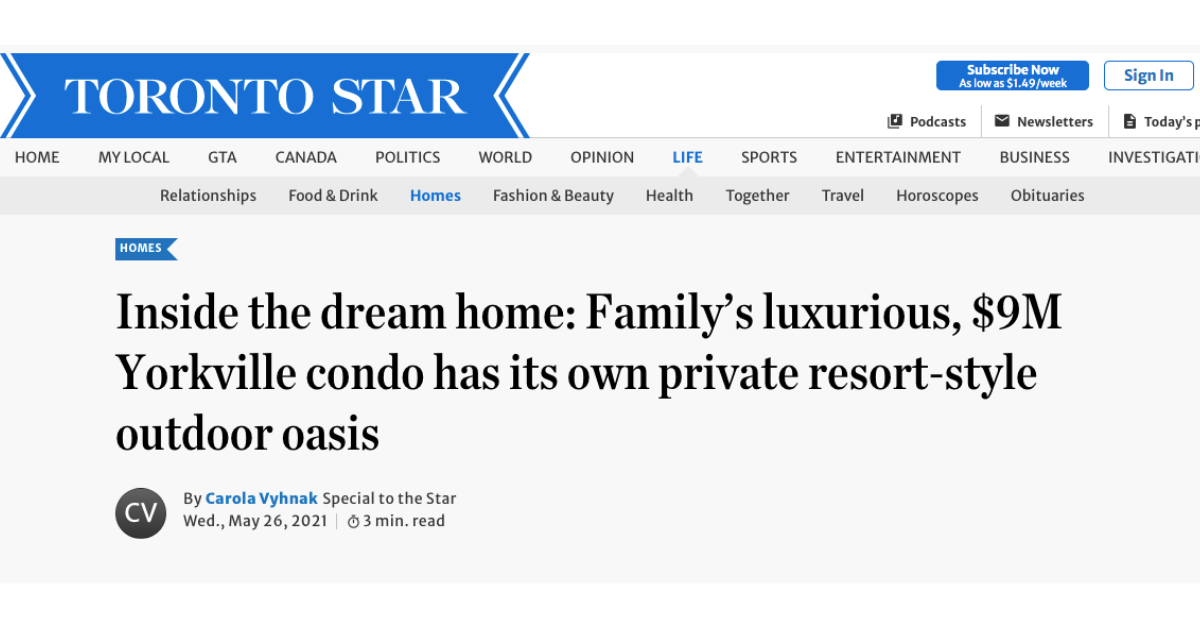 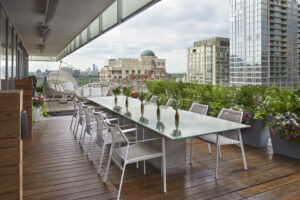 Yaniv Geler wanted a house, his wife wanted a condo.

“So he built a house in the sky,” says co-listing agent Sharon Golberg.

It was a seven-year project in which three condo units were combined to create a highly customized, two-storey family home on the 24th floor of a new building in Yorkville.

With an outdoor oasis and private infinity pool, unobstructed views of the skyline and downtown core, and over-the-top finishes and features, the five-bedroom residence is a luxurious showstopper. To say nothing of the joy it brings the couple and their daughters, aged nine and two.

“By far, the outdoors is my favourite,” said Geler, who owns a construction company. “We live outdoors from April to October. It takes you out of that busy lifestyle. You relax because it feels like a resort.” 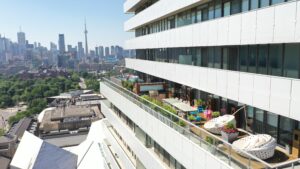 The pool at one end of the terrace adjoins a lounge area with a fire pit, barbecue and outdoor kitchen, and large dining table. Infrared heaters under the suite’s second-level wraparound balcony provide warmth on chilly evenings while music circulates throughout the space, courtesy of smart-home technology.

Interior designer Eric McClelland describes the $8.9-million home’s creation from the shell stage as a “long and tedious collaborative effort” involving him, the couple and the developer, whom he commends for accommodating their wish list for the 3,460-square-foot interior living space and 1,500-square-foot terrace. 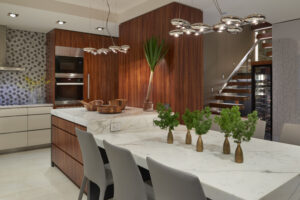 “You wouldn’t imagine these are features that could be done in a condo.”

Geler bought the pre-construction units in 2011 and 2012 — giving him the opportunity to do extensive upgrades and customization throughout — and space planning started the following year. Construction began in 2016 and was completed in just under two years. He jokes that he “learned a tough lesson” early on to leave most of the design work and decisions to his wife and McClelland. 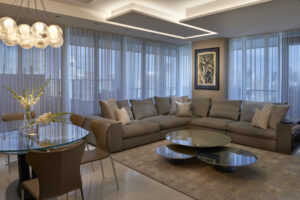 In addition to changing the location and size of certain rooms, McClelland said they were able to incorporate automated, smart-home systems throughout the suite.

“The goal was to create a space that would feel like a hotel but be a home,” explained Geler, noting they adapted features from hotels they’ve visited during trips to Europe. Those highlights include the rain shower head and TV/mirror in the primary bathroom, as well as the shower’s Japanese-inspired bamboo floor grate.

And because they had use of a hoist, a five-by-12-foot slab of crystal woodstone could be installed in the stairwell for dramatic effect. 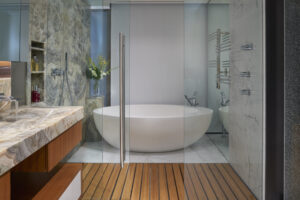 Millwork was used for most of the walls in the apartment, including the kitchen where cabinetry was clad in exotic South American tineo, an orangey-black, vertical-grained hardwood. In other areas, walls are covered in teak or hot-rolled steel cladding.

McClelland shares Geler’s pride over their prudent maximization of space, such as storage areas in the primary bathroom and on the upper level. 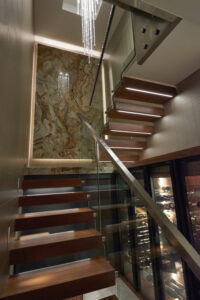 “We carefully measured where everything went and used every square inch of space,” McClelland recalled.

Inside and out, the overall effect is one of a “very family-oriented space” that feels like a large Forest Hill home, he said.

“Some condos are so big and open that it feels like there’s no privacy or cosy spots … but here the rooms are an intimate size.”

Sharon Golberg, CEO of DASH Property Management who’s marketing the $9-million home with Savannah Weng of Re/Max Condos Plus, calls it truly “a one-of-a-kind villa in the sky.” 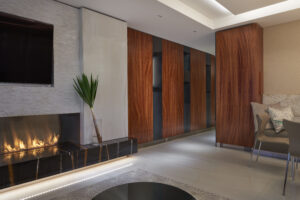 Get social with us!

Disclaimer Prices, specifications, sizes, floorplan, unit number & occupancy are subject to change without notice. All dimensions are approximate and subject to normal construction variances. Dimensions may exceed the usable floor area. Actual usable floor space may vary from the stated floor area. Furniture is displayed for illustration purposes only and not included in the unit unless otherwise specifically specified. Layouts do not necessarily reflect the electrical plan for the suite. Potential tenants should check with the condominium property manager for current rules, bylaws and declarations for the property. Suites are rented unfurnished unless otherwise stated. Balcony and façade variations may apply. Furniture, BBQs and planter locations on terraces are for illustration purposes only and subject to change. Please contact our leasing team for further details.