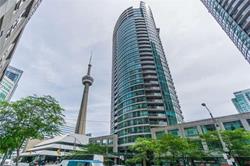 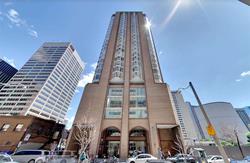 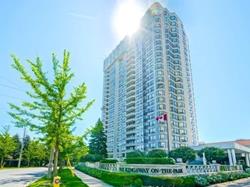 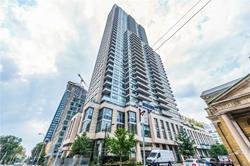 Glas Condos at 25 Oxley Street lets residents enjoy a close proximity to the fantastic Entertainment, King West, Theatre, and Financial districts, along with all of the urban shops and restaurants along King, Queen and Spadina. Located on a constrained site in the city’s Fashion District, Glas fully occupies its downtown street corner location with an austere palette of black brick, clear and spandrel glass set in charcoal-coloured mullions, and stainless steel detailing.

Glas Condominium’s exterior is Corten steel and glass with a base of 2-storey lofthouses with private parking garages and storage lockers. The first nine floors are built out to the edge of the site, which is bounded by narrow city streets on three sides; the building steps back at the tenth floor, deferring to the rooflines of neighbouring warehouse buildings. Above grade, units let out onto large terraces or balconies along the west and south sides of the building. On the north face of the building, two-storey “loft houses” accessed from the street extend along the length of the building.

Glas Condos has 165 units in a mix of styles, including flats, lofts and penthouses, designed by Peter Clewes of architectsAlliance. Glas is infused with an elegant, tough-minded urbanism, with brushed steel entrance doors that open directly onto the sidewalk, exposed concrete structural elements throughout the building, and floor-to-ceiling windows that flood each unit with natural light. Units have an exposed concrete structure, acoustic engineered walls, and 9′ to 20′ ceilings. The high ceilings, open spaces and exposed concrete structure of traditional industrial warehouses are reinterpreted and refined, and then clad with a sleek glass skin.

Glas Condominium amenities include large walkout terraces and balconies with natural gas hookups, a party room, boutique hotel guest suites and storage lockers, the Toronto condominium has 8-hour concierge, camera system entrance and units are pre-wired for telephone, cable and high speed internet access. Access to three levels of underground is via a private vehicular elevator, located off the laneway on the south side of the building.

Electricity not included – Provided by EnerCare

Get social with us!

Disclaimer Prices, specifications, sizes, floorplan, unit number & occupancy are subject to change without notice. All dimensions are approximate and subject to normal construction variances. Dimensions may exceed the usable floor area. Actual usable floor space may vary from the stated floor area. Furniture is displayed for illustration purposes only and not included in the unit unless otherwise specifically specified. Layouts do not necessarily reflect the electrical plan for the suite. Potential tenants should check with the condominium property manager for current rules, bylaws and declarations for the property. Suites are rented unfurnished unless otherwise stated. Balcony and façade variations may apply. Furniture, BBQs and planter locations on terraces are for illustration purposes only and subject to change. Please contact our leasing team for further details.